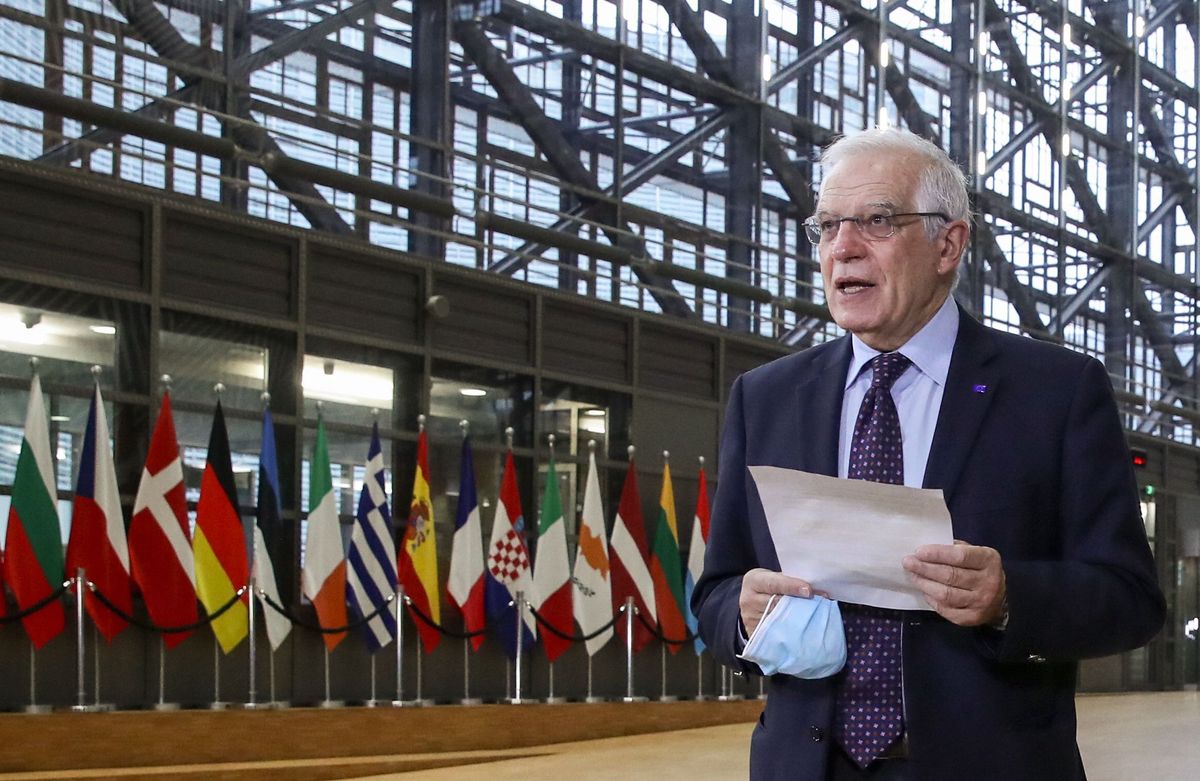 Russia has long been moving away from the path of dialogue with the European Union and betting on authoritarianism. And the poisoning of the opposition leader Alekséi Navalni , his imprisonment and the massive arrests of protesters calling for his release have been the last straw.

After the disastrous trip of the head of European diplomacy, Josep Borrell , to Moscow, the foreign ministers of the European Union have decided to close ranks and impose new sanctions on Russia through the new European framework that allows punishing the violation and violation of human rights.

“The ministers have unanimously interpreted the latest Russian actions and responses as a clear signal that they are not interested in cooperation with the EU, on the contrary. They seek continuous confrontation and distancing”, explained the head of European diplomacy after a long face-to-face meeting in Brussels .

“Perhaps, without what happened in Moscow there would have been no unanimity to decide sanctions for the ‘Navalni case’. Obviously, the attitude of the Russians has shown to all the Member States, those who were already convinced and those who still doubted, that today the Russian Federation is in a confrontational position, “he argued.

The sanctions, whose administrative procedure has been launched this Monday, will aim to punish “those responsible for the arrest, prosecution and sentencing” of the Russian opponent, close to President Vladimir Putin , and will be within a period that “will not exceed the week, “said Borrell.

“Decisions will be taken in a matter of days. We have reached a consensus quickly. No one has considered any other option,” confirmed Polish Foreign Minister Zbigniew Rau , one of the countries that has pressed the most for the imposition of sanctions. “The EU cannot remain impassive and has to react to human rights violations in Russia”, stressed his Spanish colleague,

Top Putin officials
Although Borrell has not wanted to give details about the names included in the list, the intention will be to sanction four senior officials close to Putin, among them, according to sources cited by Reuters, Alexander Bastrykin , head of the investigation committee of the most crimes. serious and answering directly to the Russian president.

Also included would be the attorney general Igor Krasnov , the commander of the National Guard Viktor Zolotov and the head of the federal prison service, Alexander Kalashnikov .

Despite pressure from Navalni’s environment to include oligarchs close to Putin among those sanctioned, this possibility is ruled out for the moment. “We cannot arbitrarily sanction because we do not like a person.

Maybe we don’t like the oligarchs, but we have to show that they have that direct link with the fact we want to sanction, ”explained Borrell, underlining the complexity of the procedure. “If there is no link we cannot sanction anyone. Rule of law, neither more nor less,” he recalled.

The decision to activate for the first time the mechanism to punish human rights violations, in line with the US Magnitsky law , comes after the disastrous trip to Moscow on February 5 of the high representative for EU foreign policy, Josep Borrell , who has generated a barrage of criticism.

Despite the controversial visit, which coincided with the expulsion of three European diplomats, the head of European diplomacy has once again defended his trip and rejected that it provoked criticism among the Twenty-seven. “Today they have not criticized me for my travel to Moscow.

On the contrary, all the Member States have supported me and made it clear that the trip served to receive first-hand information on how to speak with them. It is not that I traveled to Russia because I like it but because it had a mandate supported by the vast majority.

As for the criticisms of members of the European Parliament … We are talking about 70 MEPs out of 750. It is less than 10%, so let’s see things in their proper perspective ” has defended.