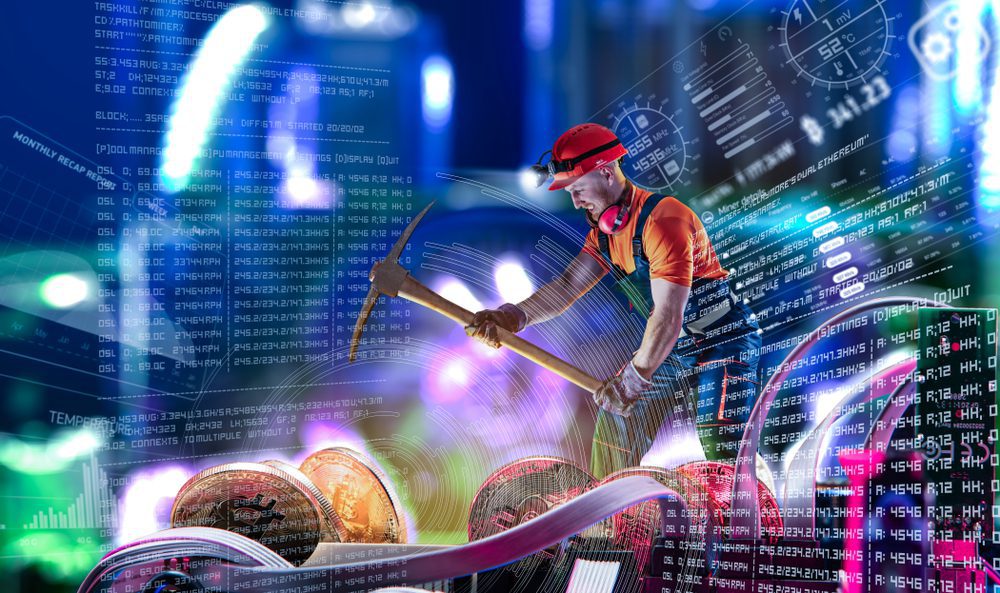 Cryptocurrency has been dominating the headlines lately, surprisingly for good reasons. Financial pundits have written off digital currencies as nothing more than a fad. But the cryptocurrencies, particularly Bitcoin have defied all expectations.

One often overlooked aspect of digital currency is cryptocurrency mining.

Cryptocurrency mining is another way to get involved in the digital currency space. Mining cryptocurrency refers to the process of updating a distributed ledger known as blockchain by adding blocks. Adding blocks of transactions requires solving complex mathematical equations using specialized computers.

In tech jargon, the activity to solve the equation is known as ‘hash rate’ with each attempt known as the hash. Miners who are able to solve the computational puzzle are rewarded with Bitcoin. The process is similar to the printing of new money by central banks.

But unlike fiat currency, there is a limit to the total amount of coins that can be mined. Each cryptocurrency has a different limit. For instance, Bitcoin has a limit of 21 million coins of which about 18.5 million have been mined up to date. This means that only 2.5 million are left to be mined.

An Insight Into Cryptocurrency Mining

Crypto mining is a digital version of gold mining. However, unlike gold mines, there is no central authority that claims ownership of the gold mine. Anyone can set up computers to mine crypto coins.

Bitcoin mining involves significant capital expenses. Mining companies have to invest in storage and hardware to carry out mining operations. The hardware machines to mine cryptocurrencies are known as Application Specific Integrated Circuits (ASICs) that cost over $10,000 to ensure a high hash rate.

ASICs requires frequent maintenance to ensure smooth operations. They must be kept in a climate-controlled environment to ensure operations are run at the optimal level. Moreover, the hardware must be replaced after a certain period.

With these high up-front investment costs, investors started to look for mining pools where certain miners pool their cumulative hash rates digitally to help increase profits. Even then, investors need to buy and maintain efficient hardware to achieve high profitability.

Some firms have strived to standardize Bitcoin mining based on the specific computing power of units. The model provides a fixed Bitcoin return for different amounts of hash rate power.

How Much Bitcoin Mining Companies Make?

Each block results in a reward of 6.25 Bitcoins. At the moment, about one block is mined every 10 minutes, or 900 Bitcoins every day. With the price of Bitcoin hovering near $35,630 at the moment, about $32 million is earned daily by crypto miners.

However, you should note that the reward that the digital miners get will reduce as each block is mined. In 2021, Bitcoin miners will get 3.125 Bitcoins, or half the present amount. The reward minus the transaction fee is what the miner will profit from the activity.

While the cryptocurrency is volatile and unpredictable, the mining of digital currency represents a more stable activity. The number of miners of Bitcoin, Litecoin, Ethereum, and other digital currencies will increase and more multi-million dollar firms will invest in the digital currency mining operations.

Cryptocurrency mining operations have been successful at partnering with renewable energy. Miners are looking at cheap electricity options to lower the cost of mining crypto coins. Energy is a big part of the digital mining expenses. So investing in renewable energy seems to be a logical move.

Elon Musk in a recent meeting that was hosted by MicroStrategy called Bitcoin miners to be more clear about the use of energy. Musk had stated in a tweet that he has persuaded North American Bitcoin miners to release a report regarding the use of renewable energy. The effort resulted in the creation of the Bitcoin Mining Council that aimed to work towards a more clean and transparent method of mining cryptocurrencies.

The Council will aim to standardize reporting of energy usage and educate other miners to operate in a cost effective manner.

Experts disagree regarding the impact of cryptocurrency mining. It is not possible to predict the outcome of digital mining in terms of revenues in the short term. But the mining is resulting in a massive amount of revenues for professional miners.

And things will look even more bright for digital miners as some cryptocurrencies move away from ASIC chips that require a lot of electricity. Ethereum has made the move to eIF2 for proof of stake without requiring the energy intensive chips. The way things are headed in the crypto mining space cryptocurrency investment is recommended by experts as a stable way of benefiting from the surge in cryptocurrency values.