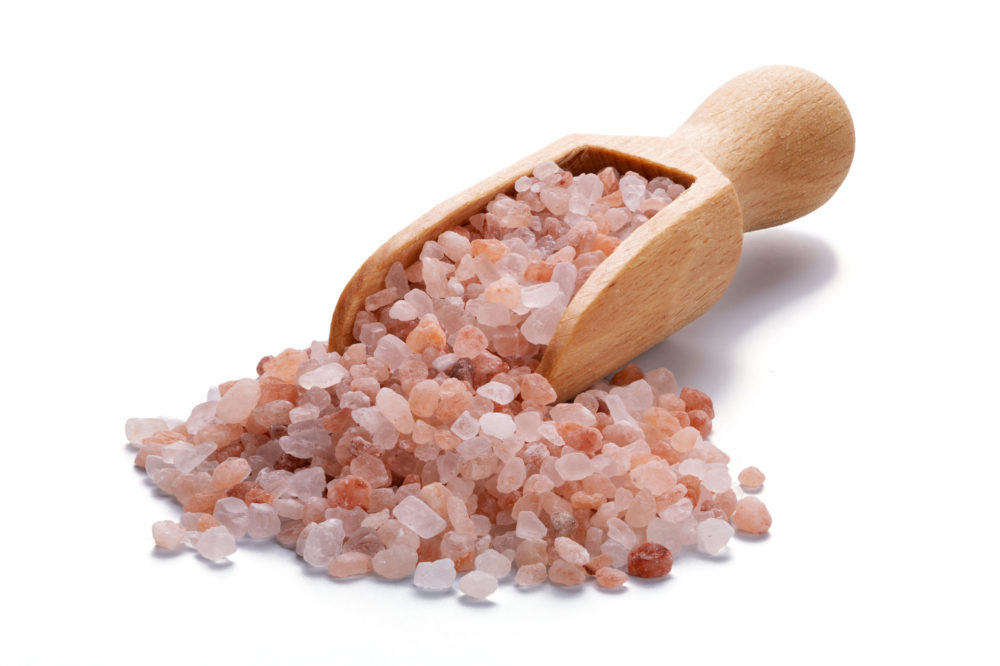 Pink Himalayan salt is found in the Punjab area of Pakistan, at the foothills of the magnificent Himalayas. This is a type of rock salt that has recently gained massive popularity on account of it being healthier than the regular iodized table salt that we consume.

People often describe the pink Himalayan salt to be one of the purest forms of salt available on the planet, offering numerous health benefits.

We are all aware of the dangers of sodium and how it can have an adverse effect on our health. So, does the pink Himalayan salt counter all those effects? Let’s find out if it really is a healthier salt.

In this blog, we will uncover all the potential health benefits of the exotic pink Himalayan salt and uncover any myths associated with it.

What Is Pink Himalayan Salt?

The pink Himalayan salt isn’t as different from table salt as one might think. When we consider its chemical nature, it is almost 98% sodium chloride, our usual table salt.

The leftover 2% of the salt consists of various trace minerals like potassium, calcium, and magnesium. It is the mixture of these trace elements that give it that distinctive pink color.

These elements also give pink Himalayan salt its taste, which is quite different from regular table salt, kosher salt, or even sea salt.

How is Pink Himalayan Salt Used?

People generally use the pink Himalayan salt in place of common table salt. It can be used for daily cooking, seasoning meats, eggs, and other food, and even to preserve food for long periods.

Moreover, due to the gorgeous pink hue of the Himalayan salt, people have been using it for décor. You can often find serving dishes, cooking surfaces, kitchen marbles, and cutting boards made of this rock salt. Some people have even started using it in place of bath salts to relax and pamper themselves.

You can commonly find pink Himalayan salt lamps and candle holders as well. These are said to have a relaxing effect on the home environment.

Why Do Our Bodies Need Salt?

Sodium is one of the essential trace minerals found in salt that our body needs. Several of our body’s functions rely heavily on sodium. Some of them include:

Several pieces of research and studies have reported that an adequate salt intake has the ability to reduce the risk of infections forming and even kill harmful microbes.

Another study conducted on animals revealed that daily salt intake, in appropriate amounts, can even have a positive effect on various depression symptoms.

The Benefits of Pink Himalayan Salt (and Some Myths)

There are many benefits of the pink Himalayan salt. However, the myths associated with these benefits seem to be truly outnumbered. Below, we have discussed all the benefits of the salt and further clarified if they are real or only myths.

Some sources across the Internet claim that pink Himalayan salt contains over 84 different trace elements.

We discussed above that the Himalayan salt consists of 98% sodium chloride. Only 2% of its total composition comprises trace minerals. Considering the minimal quantity in which people are advised to consume salt and the even smaller amount of these trace minerals present in the pink Himalayan salt—it is improbable that the trace minerals (even if present) could offer measurable benefits to our overall health.

Many people seem to believe that the pink Himalayan salt has lowered sodium content than regular table salt. Unfortunately, this is just another myth.

But, since pink salt is found in larger crystals, it will technically have less sodium per tablespoon. Also, due to the more intense saltiness than table salt, you often need less pink Himalayan salt for the same amount of flavor. Hence, it results in lowered sodium consumption.

However, keep in mind that the Himalayan salt is also available in smaller granules like table salt. Keep that in mind when seasoning your food with it, especially if you’re tracking your sodium intake.

A crucial point to note is that almost 75% of regular sodium intake is from the salt present in prepared or processed food that we eat. It isn’t table salt, or pink Himalayan salt, that causes our sodium intake levels to increase.

Quite a few people believe that adding just a pinch of pink Himalayan salt in their meals or even water can help their bodies maintain fluid balance. This, in turn, reduces the chances of dehydration.

While it is true that sodium is essential to maintaining fluid balance, it isn’t just pink salt that can help us achieve it. Other sodium sources, like table salt or sea salt, also have the same effect on our fluid balance.

This is probably the most accurate benefit of the pink Himalayan salt.

Table salt is usually refined, iodized, or mixed with several chemical agents to prevent it from clumping. You can often find traces of sodium aluminosilicate in it.

On the other hand, pink Himalayan salt is mostly unprocessed with no additives. Thus, making it a more natural salt.

There is little to no scientific research that proves that pink Himalayan salt is more beneficial to our health than regular table salt.

However, certain practices, like using larger pink salt crystals instead of fine-grain table salt, can help you reduce your sodium intake significantly. Just like with any other product, be mindful of how much you consume and maintain moderate intake levels to enjoy the benefits of sodium and other trace minerals present in pink salt.

7 Insane Medical Beliefs From The Past

Alexandra Rudiskin is a writer, mother of seven, and owner of a ranch in Houston, Texas. She was born into the oil industry and spent her childhood moving all over the world. Alexandra is an avid cook and loves nothing more than spending a weekend barbecuing with family and friends. Her favorite salad dressing is ranch, but she's been known to put it on everything.