PSOE assures that it will not exclude Podemos from Judicial Council 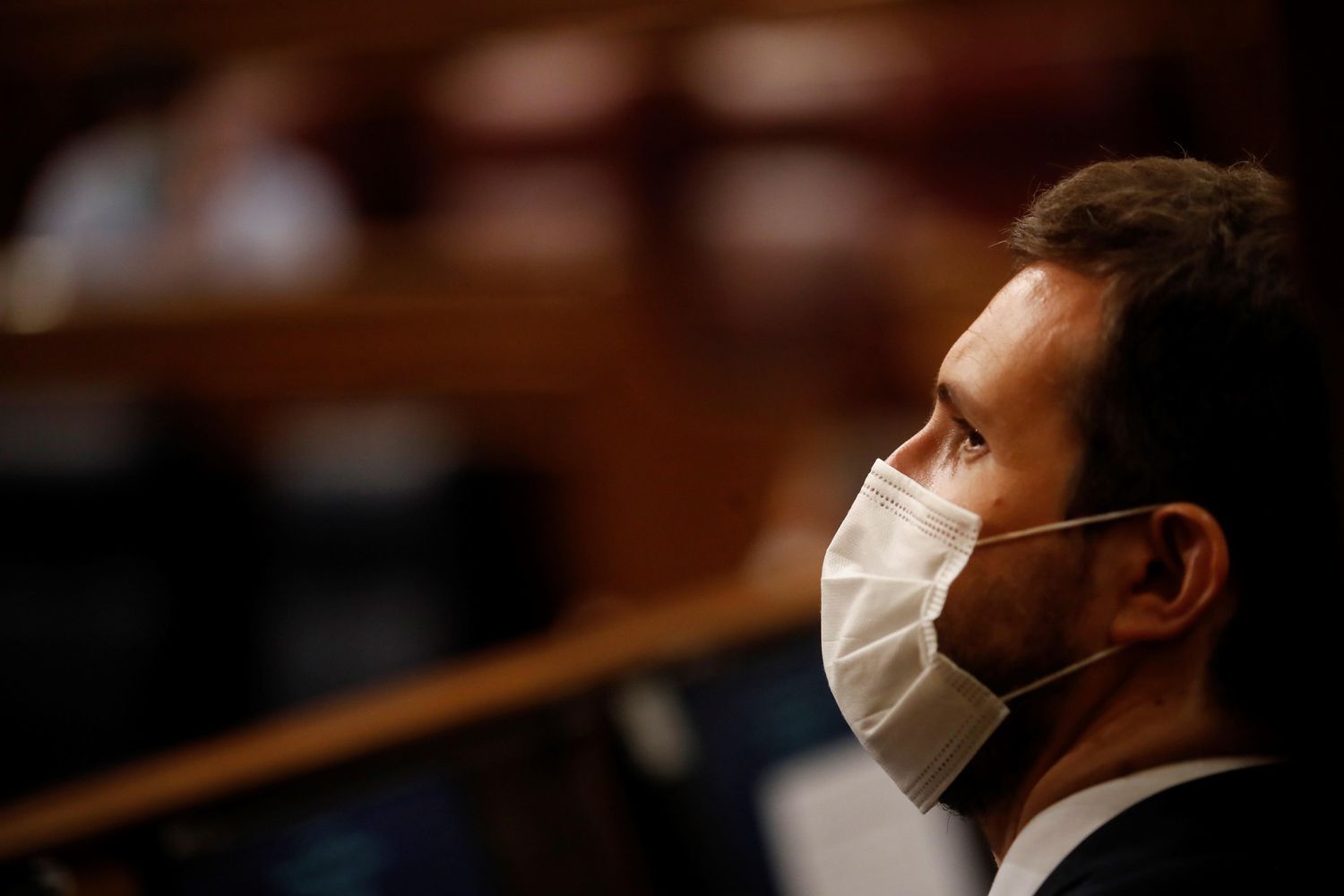 The secretary general of the Popular Party, Teodoro García Egea, has assured this Monday that the PSOE has accepted Pablo Casado’s condition to separate Podemos from the negotiation for the renewal of the General Council of the Judicial Power (CGPJ) , something that would bring the pact closer Between both.

Both the socialist sector of the Government and that of United We Can have denied the version of number two of the PP and point out that the main negotiator of the Executive, Félix Bolaños, does so on behalf of the two parties that make up the coalition. These same sources add that there is nothing closed at the moment, so drawing conclusions about the negotiation is still premature.

“Podemos is on the sidelines of the talks to renew the Judiciary, we believe that it is the right way to strengthen the institutions, because the arsonist cannot choose the firefighter,” the PP leader assured in an interview on the Cope chain, which has added that the Churches party “will not be” nor will it “have people” in the governing body of the judges.

The Executive opts for prudence and refers to the development of the negotiations, which do admit that they have had a turning point after the telephone conversation that last week the Chief Executive, Pedro Sánchez, and the leader of the PP, Pablo Casado had. .

The secretary of Organization of the PSOE, José Luis Ábalos, has also insisted that La Moncloa negotiates with the PP on behalf of the entire Government, while the parliamentary spokesman for United We Can, Pablo Echenique, has crossed out the version released by the popular of “Fake news.” “I don’t know why he lied, but he lied,” Echenique said on TVE. “Either to sabotage the conversations or because he is afraid that Vox will call them ‘right coward.”

The pact between the PP and the PSOE to renew the CGPJ depends on the fulfillment of other requirements of the popular, such as that in the list of names that are proposed there are no politicians, according to sources from the popular leadership have explained.

For that, the PP asks that an agreement be formalized with the socialist parliamentary group, with the aim that the partner of the Government coalition is expressly left out. The main concern of the PP is in the names of the eight judges of recognized prestige that the PSOE may propose, in case one of them enters that list at the proposal of United We can whose affinity was evident with the party of Pablo Iglesias.

The popular also want that, together with the possible agreement with the PSOE, a law be presented to depoliticize the election of the members of the CGPJ, in line with the proposal that the popular parliamentary group has registered in Congress as an amendment to the Executive’s initiative on the method of renewing the governing body of judges.

In video, Teodoro García Egea comments on the COPE network that “the PSOE has agreed to exclude Podemos from the negotiation” to renew the CGPJ. (COPE CHAIN).

The secretary general of the PP has alluded this Monday to the situation of the State Attorney General, Dolores Delgado, whom he has accused of using the Prosecutor’s Office in favor of the partisan interests of the PSOE and has recalled that the PP has requested the relief of Delgado publicly and privately.

The current governing body of judges has been in office for more than two years, since December 2018. The 20 members of the General Council of the Judiciary are elected for five years by a qualified majority of three-fifths in the Chambers.

The Congress and the Senate elect 10 each (six, among judges and magistrates; and another four, among jurists of recognized competence). The members cannot be reelected in the following Council, but the president can be reelected, only once, for a second term.

The PSOE and the PP have been close to closing the agreement to renew the General Council of the Judiciary several times since Pedro Sánchez is in La Moncloa. The last time, last summer, when the PP backed down due to the political context .

In reality, the agreement was already well worked out before the Catalan elections, but the PP expected a more favorable political context —with no elections in sight— provided that the Government did not first approve possible pardons for the procés prisoners .

The two parties have been talking for some time about the names that would make up the council, in a negotiation led by the PP Secretary General, Teodoro García Egea, and by the Government Félix Bolaños, Secretary General of the Presidency and Pedro Sánchez’s henchman. The Minister of Justice, Juan Carlos Campo, and the Secretary of Justice for the popular, Enrique López, also participated in the negotiations.

Following successive failed attempts, the government tried to reform the law to lower the parliamentary majority required for the appointment of council members, but received a wake-up call from the European Commission . Currently, a law is being processed that limits the powers of the General Council of the Judiciary while its mandate expired.